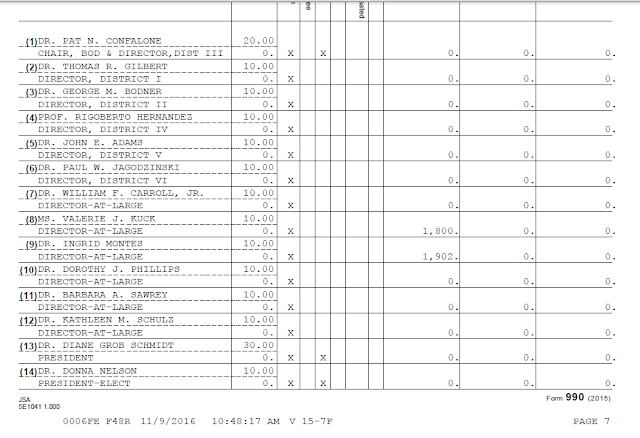 For comparison's sake, Madeleine Jacobs was paid $888,199 in reportable compensation in 2015. Current ACS CEO Thomas Connelly was paid $590,190. (Hard to determine if this was his total compensation for the entire 2015 calendar year, since he took office in February 2015.) If this is only 11 months' pay, his total annual compensation would be in the 643k range.)

I see that just about all officers had high-single or double-digit increases in their pay. The cost-of-living in the DC metro area must have gone up. 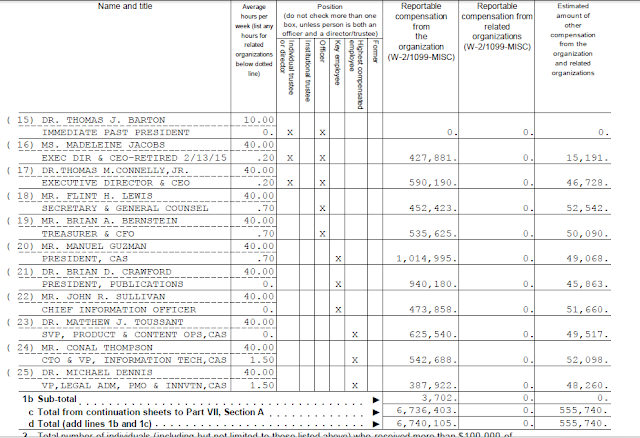 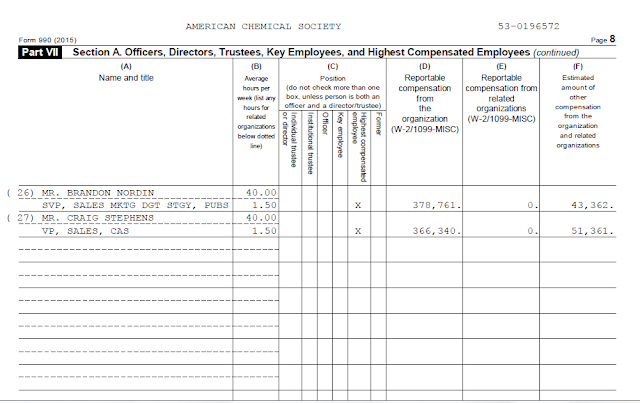 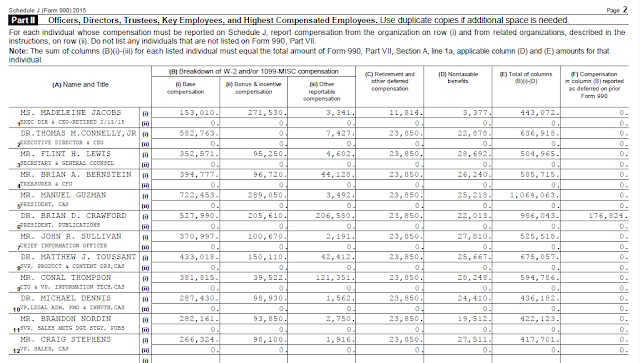 Posted by Chemjobber at 5:19 PM

Email ThisBlogThis!Share to TwitterShare to FacebookShare to Pinterest
Labels: ACS inside baseball, This week's CEN