A chemist offers a different opinion on the #SheriSangji case

From the defense motion to attempt to dismiss the charges against Professor Harran, a very interesting little side detail about the Los Angeles District Attorney office's pre-filing investigation. Basically, they talked to Dr. Neal Langerman (a chemical safety specialist) and Dr. Steve Carr, a chemist (Ph.D. in synthetic organic chemistry) for the Los Angeles County Sanitation Department and a researcher of water treatment chemistry. The defense is basically arguing that Dr. Carr's interview was potentially exculpatory and not included in their evidence: 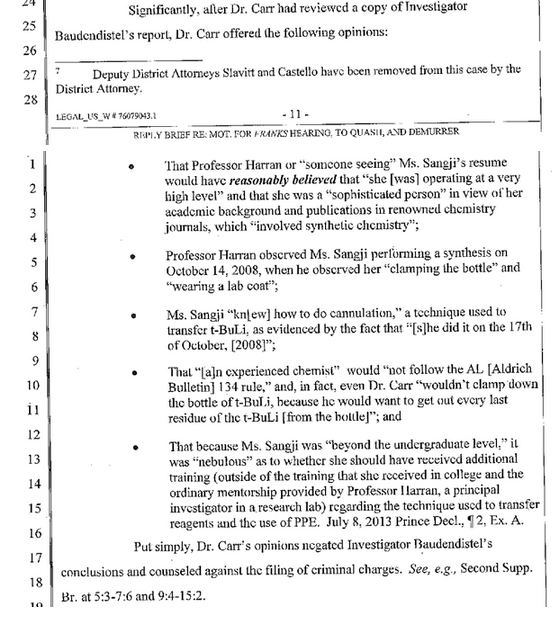 What is ironic to me is that a lot of chemists would say, (or have said!) similar things about the case. Plenty of room for reasonable doubt? More later.
Posted by Chemjobber at 11:19 AM