MCHM is probably not a "deadly poison"

Huffington Post is doing its absolute best to troll on the West Virginia/Freedom Industries disaster with this headline: 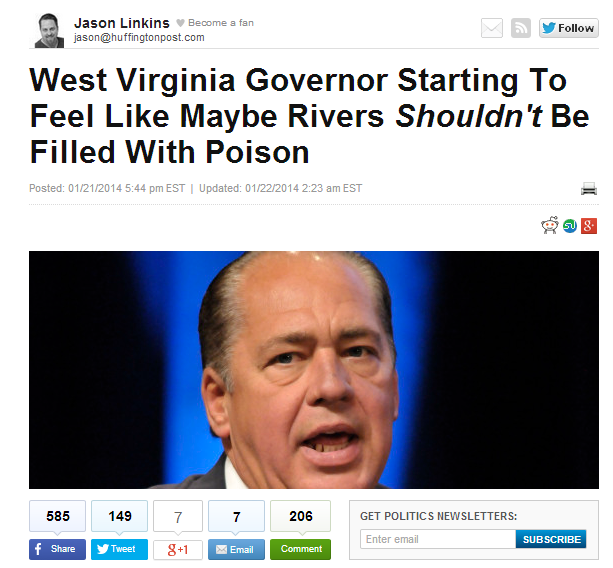 From the text of the article (italics from the article): "Among the other no-brainer regulations that Tomblin would finally install for the purpose of public safety, this legislation would require businesses like Freedom Industries -- the company that owns the recently liberated contaminants -- to tell regulators where their tanks of deadly poisons are actually located. It's a start, I guess!"

I think my frustrations with the media are small beer considering the absolute mess that this leak of 4-methylcyclohexane methanol into the Elk River has wreaked on the Charleston, West Virginia metropolitan area. But really, there's not much evidence that MCHM is a "deadly poison." It's probably toxic and if you eat enough of it (like 100 grams), it will probably kill you.

But it's a chemical and like all chemicals, the dose makes the poison.
Posted by Chemjobber at 12:54 PM