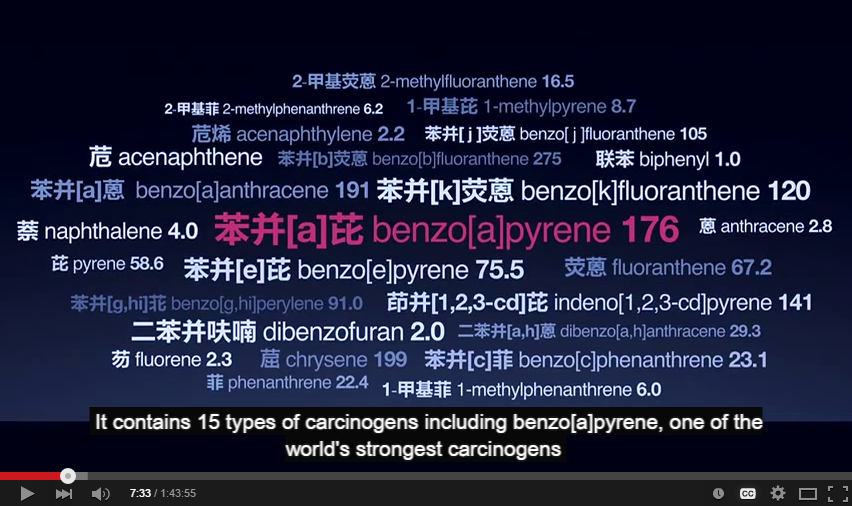 You may have heard about the now-banned Chinese documentary on pollution, "Under the Dome." I have watched about half of it and I found it compelling (it was also very interesting in its presentation style, which was heavily influenced, I believe, by TED talks.

To left, a screenshot that I found to be an interesting way of presenting chemical analysis data of Beijing dust collected on a filter unit that the documentarian wore for 24 hours. (I didn't know the Chinese character for "anthracene" until now.)
Posted by Chemjobber at 10:21 AM